When is something a sampler pack and when is something a variety pack? I do not know, but Point Beer, the brand of Stevens Point Brewery in Wisconsin, calls it a variety pack. I came across the IPA Variety Pack at the liquor store, along with a few other beers, because a small leak in my keezer setup vented all of my gas and I did not realize the problem until Friday night. No beer for me over Easter weekend.

As a sucker for the sampler…er variety pack I could not help myself. Contained within the box were four IPAs: White IPA, One Shot IPA, Spruce Tip IPA, and Peach Mango IPA.

Spruce Tip IPA was a surprise:

I wanted to dislike this beer before I even had a sip because I thought spruce tips was another gimmick ingredient that would not contribute in any way to the final product. I have had beers made with cacti and invasive vines and whatever you can scrounge from the forest. Rarely, if ever, is there a flavor note that is present where I say, “Damn it, that foraged vine is outstanding in this beer.”

I am not ready to go there with Spruce Tip IPA, but I felt that the real earthy forest notes from the spruce tips were a perfect flavor pairing with Cascade hops. The beer was near my sweet spot in terms of bitterness at 45 IBU. It was good.

White IPA had a lot of potential: 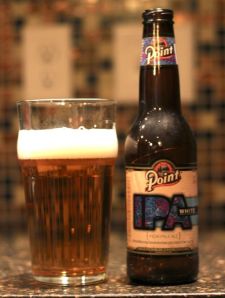 This beer intrigued me because it uses Sorachi Ace hops from Japan, which heretofore I cannot remember having in any other beer.

The primary failing of this beer is that the body of the beer disappeared under the bitterness of the hops. At 40 IBU, my sweet spot for bitterness, I thought that this would not be the case. However, brewing a beer in the “white” style does not leave the brewer a lot of room to bring hop flavors or aromas forward without the whole house coming down around themselves.

I feel like this is a beer that could be brewed similar to the All Day IPA from Founders Brewing. There is a nugget of potential in this beer: 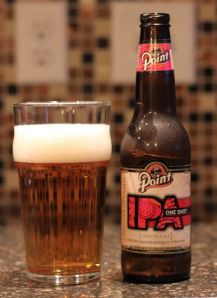 Like White IPA, One Shot IPA used a hop that I heretofore had not been exposed. This time it was Calypso hops.

I cannot say if it was the hops or the structure of the body of the beer, but I walked away with an impression of something being burnt. Maybe it was the lightly toasted Vienna malt in a lighter body that came through with those notes of charcoal and acrylamides.

Overall, not a fan.

What about Peach Mango IPA: 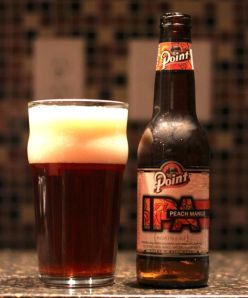 All I could think about when I sipped on this beer was that I must have dropped a peach Jolly Rancher hard candy into the glass. It was sickeningly sweet. It was sweet to the point that no amount of alcohol or bitterness could break through the syrupy feeling coating my mouth.

This is a common thread among a lot of “fruit” beers that I try from commercial or home brewers. If a can of fruit is added after primary fermentation it just leaves an artificial sweetness to the beer that is offensive.

Peach Mango IPA was a failure.